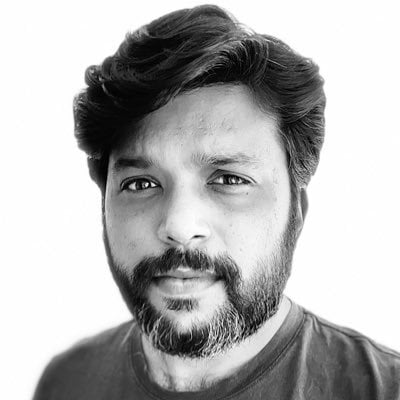 'I shoot for the common man who wants to see and feel a story from a place where he can't be present himself."

Danish Siddiqui was a two-time Pulitzer Prize-winning photojournalist who headed the Reuters multimedia team in India as its Chief Photographer.

Before his foray into photojournalism, Danish was a television correspondent with India’s leading news networks.

On 16th July 2021, while documenting the Afghan Special Forces mission to retake the town of Spin Boldak, Afghanistan, near the Pakistan border, the Taliban captured him, shot him dead, and then brutally mutilated his body, including running a Humvee over him. His embed in such a highly volatile region has been a subject of intense discussions among journalists and media security experts. It has once again put the spotlight on journalist safety in conflict zones.

Danish’s powerful images carried deep meanings which covered a broad spectrum of society and always created a lasting impression. Despite rising to great heights in the photojournalism field, he always chose to be in the area through perseverance and hard work, capturing the various perspectives of the agony and pain of the oppressed people in some of the most challenging locations in the world. His courage and boldness sent out a strong message of professional integrity to the fraternity and the world.

Danish Siddiqui’s valor and eminence will stay etched in history, and journalism will profoundly remember him forever through his pathbreaking photographs and contributions.

"He was a man with a magical eye and was rightly regarded as one of the foremost photojournalists of this era. If a picture can tell a thousand words, his photos were novels"

by Rahul Bhatia, The New Yorker

The truth in Danish Siddiqui’s photographs

by Naimisha, The Indian Express

Frames and the man: why Danish Siddiqui’s work makes him a hero

by Vaishna Roy, The Hindu

‘I shoot for the common man’: the photographs of Danish Siddiqui

Danish Siddiqui: The Pulitzer-winner photojournalist who captured the people behind the story

Gone too soon: The legacy and courage of Danish Siddiqui

by Natasha Badhwar , The Tribune

In memoriam: Danish Siddiqui my friend